The tables and related information below detail each category.

At the bottom of the article you can find an explanation of headphones features for the tables.

There are two kinds of wired headphones (also known as corded headphones) depending on the type of connection you have on your telephones.

With the first kind you may need to get an additional adaptor to make them work with your existing phone. 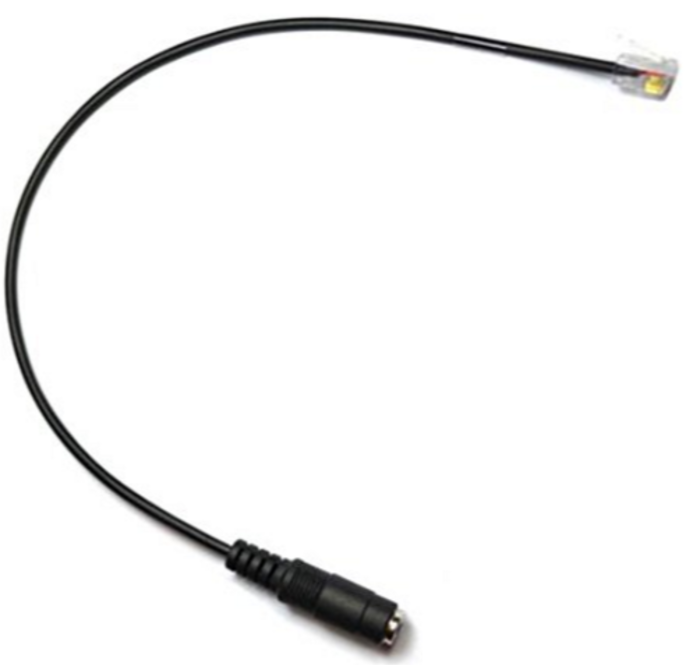 * an additional cable is included in the box to facilitate the connection from the base station to the phone, however either a phone lifter or an EHS cable will be needed to be bought separately as explained right below. Many vendors will bundle either with the headphones.

Wireless headphones are much pricier than wired headphones but provide an obvious advantage with freedom of movement and less cable clutter. They include a base station that connects directly to a telephone and broadcasts a call  to the headphones with no wires needed.

Depending on your Telephone however you may also need to purchase additional accessories to facilitate both the connection and operation between the base station and the telephone.

With older telephones you will need a handset lifter, such as Plantronics HL10 a mechanical device that attach to the telephone and physically lifts the handset as a push of a button on the wireless headphones. The purpose of the lifter is simply to allow you to answer a call as if you were sitting by your desk and picking it up the handset or pressing a key to answer  a call. 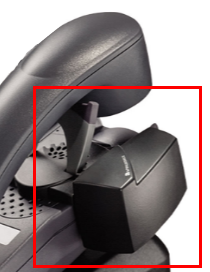 On newer telephones you would be able to purchase an EHS  cable - electronic hookswitch cable, which perform the same task as the lifter without physically lifting the handset.

Shown here is the Plantronics EHS App-51 cable, compatible with all three models listed in the table above. 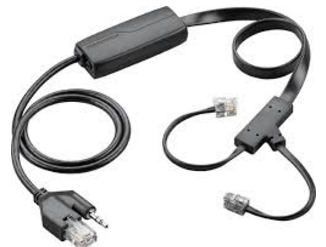 Telebroad does not sell wireless headphones. But you can refer to this online resource for advise on wireless headphones (as well as wired ones) and required accessories that are compatible with your existing telephones or those you intent to purchase.

The flip-side of this convenience is that a telephone must support the technology.  Only Polycom VVX 600/610 and Cisco 525g are Telebroad compatible models that come with a built in support for Bluetooth connectivity. The Yealink T46G and T48G does not offer the technology built in, but can be easily upgraded to include it with an adaptor that is sold separately from the telephones.

All of these four telephones will will work with the majority of Bluetooth headphones available on the market without any issues. They can also send calls to any other Bluetooth devices such as your smartphone, enabling you a great flexibility in answering calls.

Design - Over-the-Ear/Over-the-Head/Convertible - This is a matter of personal preference and convenience. Some people prefer traditional headphones that have a support arch sitting over one's head and some prefer headphones that have arch supported just by the ear. Can't decide? Consider convertible headphones. They are pricier but can transform from one mode to the other.

Audio Processor - Simple analog headphones merely relay the sound wave to the sound reproduction mechanism. But with digital sound the quality of the audio require additional processing on the headphone for optimal performance. If you have telephones that deliver HD sound, an audio processor is something worth considering. Even without it, an audio processor can enhance a sound and offers better noise cancellation technology (see next feature).

Noise Cancellation - This is a feature that reduced unwanted ambient noise by employing an audio wave that has a negative form to the one produced by a source of noise. It has been available for decades using analog audio signals, but has been greatly improved by digital processing. It benefits users with improved clarity in a noisy environment and saves them from having to raise volume excessively. They seem like an obvious choice for for noisy call centres, however it need to be understood that the type of noise they are mostly capable of cancelling is of a steady repetitive low frequency (like that of a passenger jet engine or an air conditioner.) Ironically noise cancellation can also reduce audio quality. It is therefore a feature that may be over rated for office use. Alternatively it may be more important to invest in headphones that offer better sound proofing.

Direct Connect - This has to do with the headphones connecting directly to the phone or requiring additional accessories like extra cabling or amplifier.