With all your telephony needs conveniently available in a web browser, it raises the question what sets an ACD System apart form just a standard IP based multi-phone telephone system?

The nature of call flow in a standard phone system is very straight forward. Clients call users directly on their lines, extensions, or DID numbers or get routed to a department from the main interactive voice greeting.  Any user from this department can answer the call or it will be go to the department voicemail (if one exists) if no one picks up. 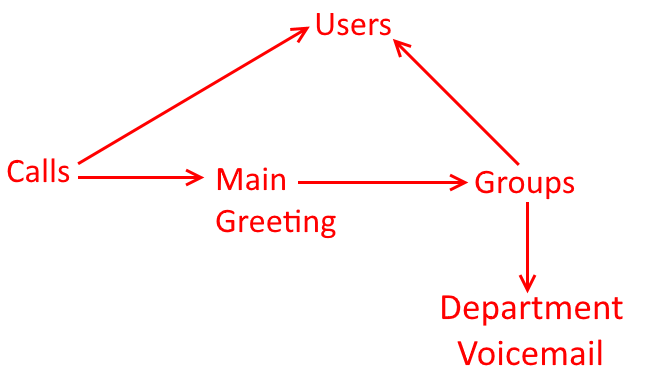 In an ACD system, clients can call agents directly on their extensions or DID numbers. But if they call the main number, the ACD kicks in and distribute their calls according certain rules, priorities, and predefined settings. For example, if a client chooses to be transferred to the Sales department, the ACD may assign the call to an agent with the highest priority or it may assign the call to an agent that has not received calls in a while. If all agents in the Sales department are busy, the call will be transferred to another department based on priority ranking of the different departments. 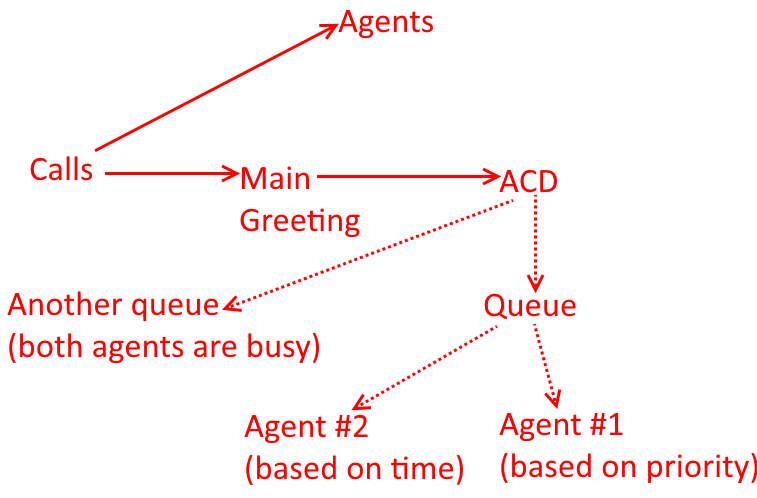 Refer to this article for more information about the differences between users, agents, groups, and queues.