If all of your inbound calls go to your voicemail the problem may be with either Do Not Disturb (DND) or Live Calls settings that route calls to your mailbox.

By default, inbound calls to your Telebroad account are handled by the TeleConsolel app. If you prefer using a physical phone, you can enable a setting that will route calls to your SIP phone instead. The setting is available on the Web and PC versions of the TeleConsole.

The problem is if you don't have a physical phone and this setting is active your inbound calls will be directed to voicemail!

For the web version of the TeleConsole, the relevant setting is found under Phone settings and is called Live calls handled by. You select Live phone when you want to route calls to your physical SIP phone.

But if you don't have a physical phone, you must select Web phone instead! 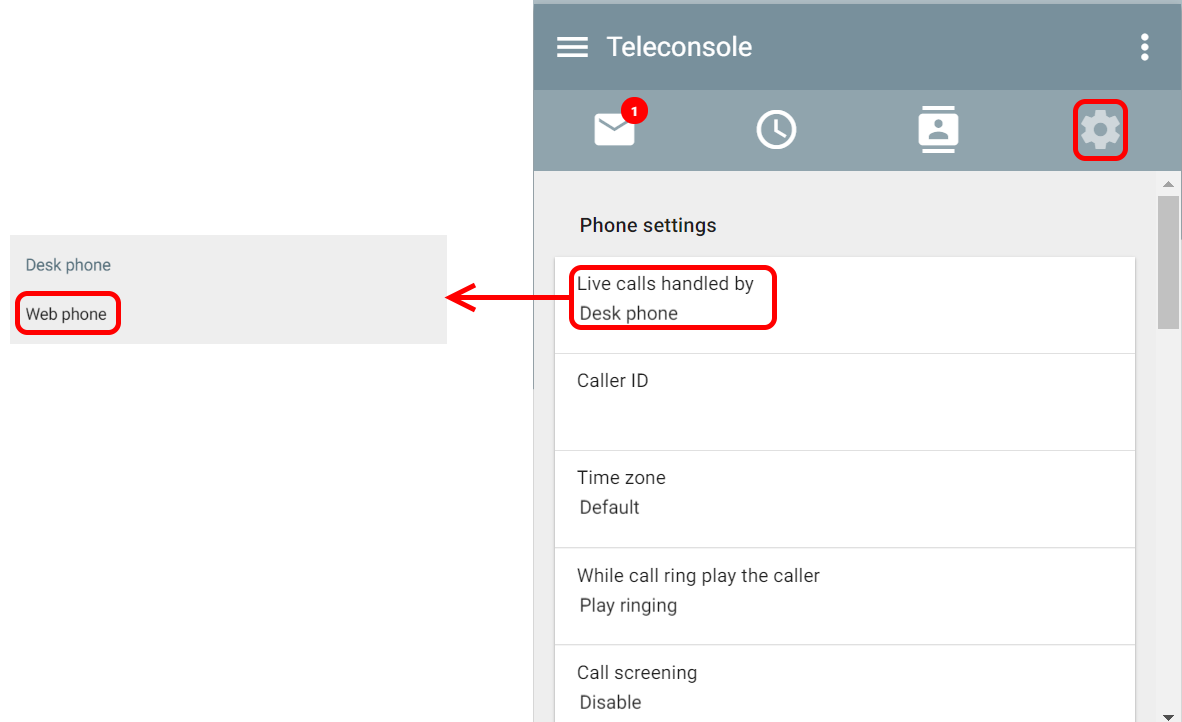 For the Windows/macOS versions of the TeleConsole the relevant setting is found under Account Options and is called Disable incoming calls. You enable this setting when you want to route calls to your physical SIP phone (meaning incoming calls are disabled from being routed to the TeleConsole). When enabled, your profile icon appears with orange status (

) and a red banner at the top of the screen reminds you that calls are routed to your phone.

But if you don't have a physical phone, you need to make sure this setting is disabled! 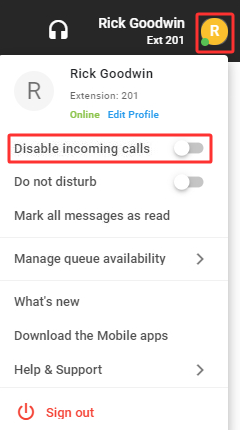 Do Not Disturb (DND)

Do Not Disturb (DND) may be active on either your physical phone or the TeleConsole version you are using. When DND is active your calls will go directly to voicemail.

Try calling yourself and check if you receive a voicemail in your mailbox or check your email if you have the Voicemail to Email feature enabled.

If you have more than one line on your account, note that for the web and Android/iOS versions DND applies to all lines while for the Windows/macOS versions DND can be enabled or disabled for each line separately.

Also keep in mind that if you use your account on more than one device, DND applies to each device separately – disabling it on one device has no effect on the other devices.

You can also check and possibly disable DND from your physical phone. Depending on your phone model refer to our Poly phones guides or Yealink T4 series, T5 series, and conference phones guides. If you have an older phone refer to the DND guides in this discontinued phones section.

If your account is running simultaneously on the web, PC (Windows/macOS), or the mobile TeleConsole apps then calls will ring on all logged-in TeleConsole clients. You can enable DND separately on each client to have calls ring just on the other clients.

If you are using a mobile TeleConsole client and DND is disabled on it but calls still go to voicemail, check that your mobile device's own DND mode (not the TeleConsole's) is not activated.

While this can change between devices and even system software releases, on most Android devices you will find DND in the Quick Settings menu, accessed by swiping down from the top of the screen (you may need to swipe twice as the first swipe may only show notifications). Besides the icon shown here, a crescent moon icon is also common among some manufacturers 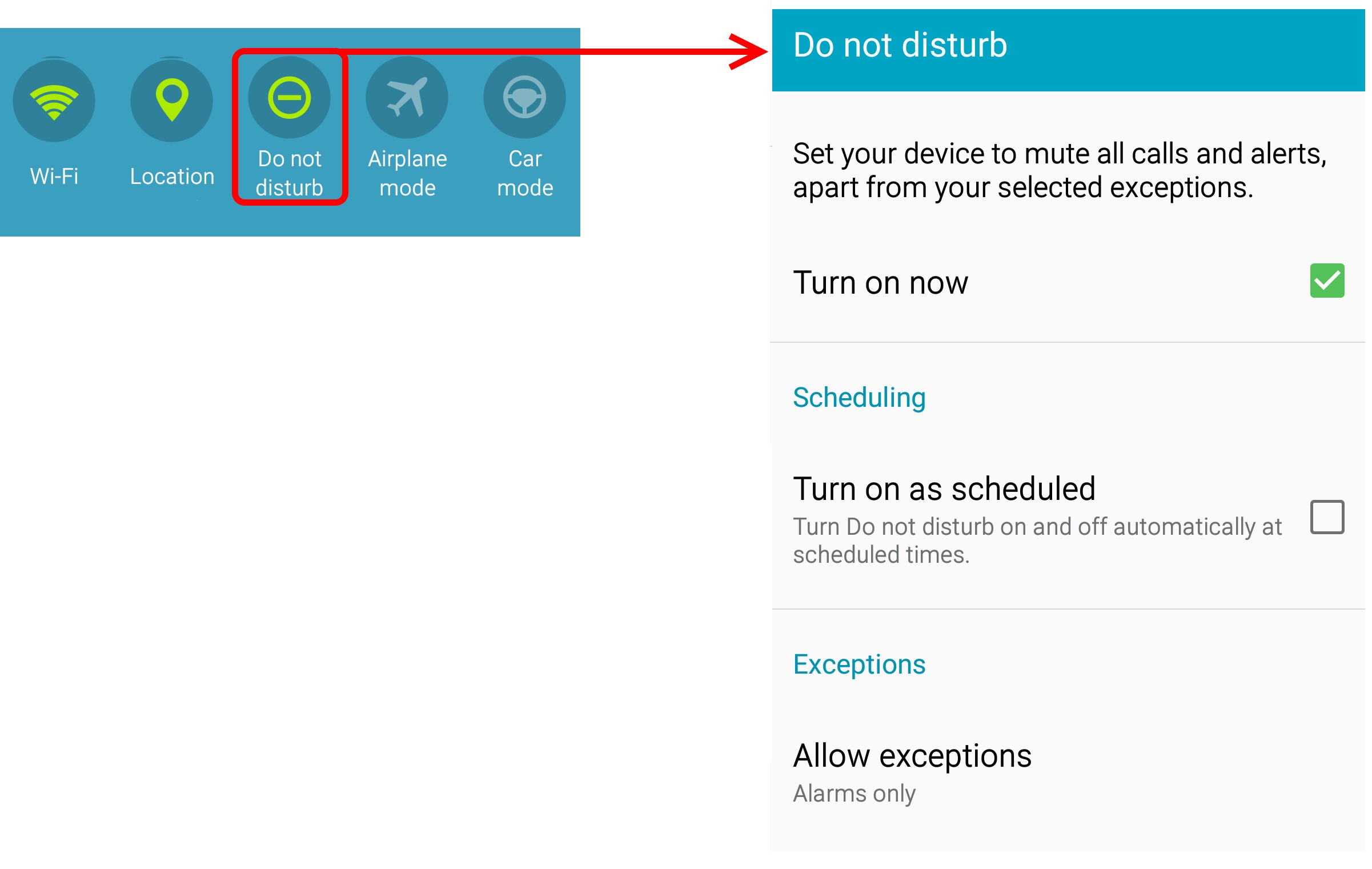 On iOS devices, you can find DND under the iOS settings or in the Control Center. The latter is accessed by swiping down from the top-right corner of the screen (or swipe up from the bottom of the screen on older devices). Tap the crescent moon icon to enable or Disable DND. 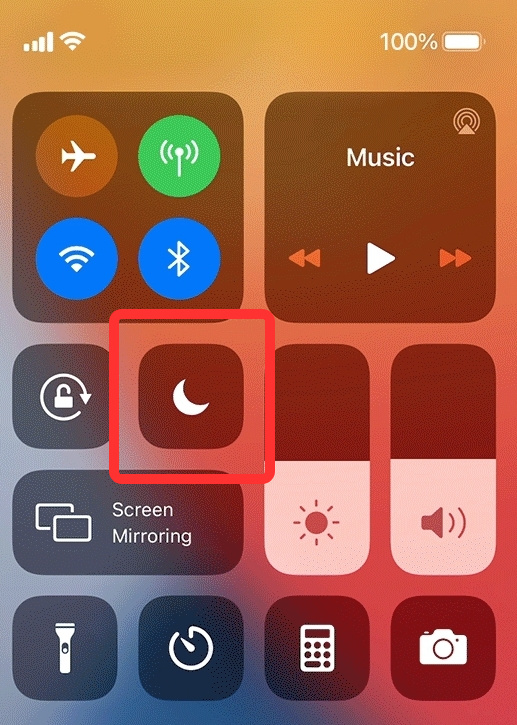