Auto redial is configurable via web user interface at the path Features->General Information.

To use auto redial:

When the called party is busy, the following prompt will appear on the touch screen of the phone: 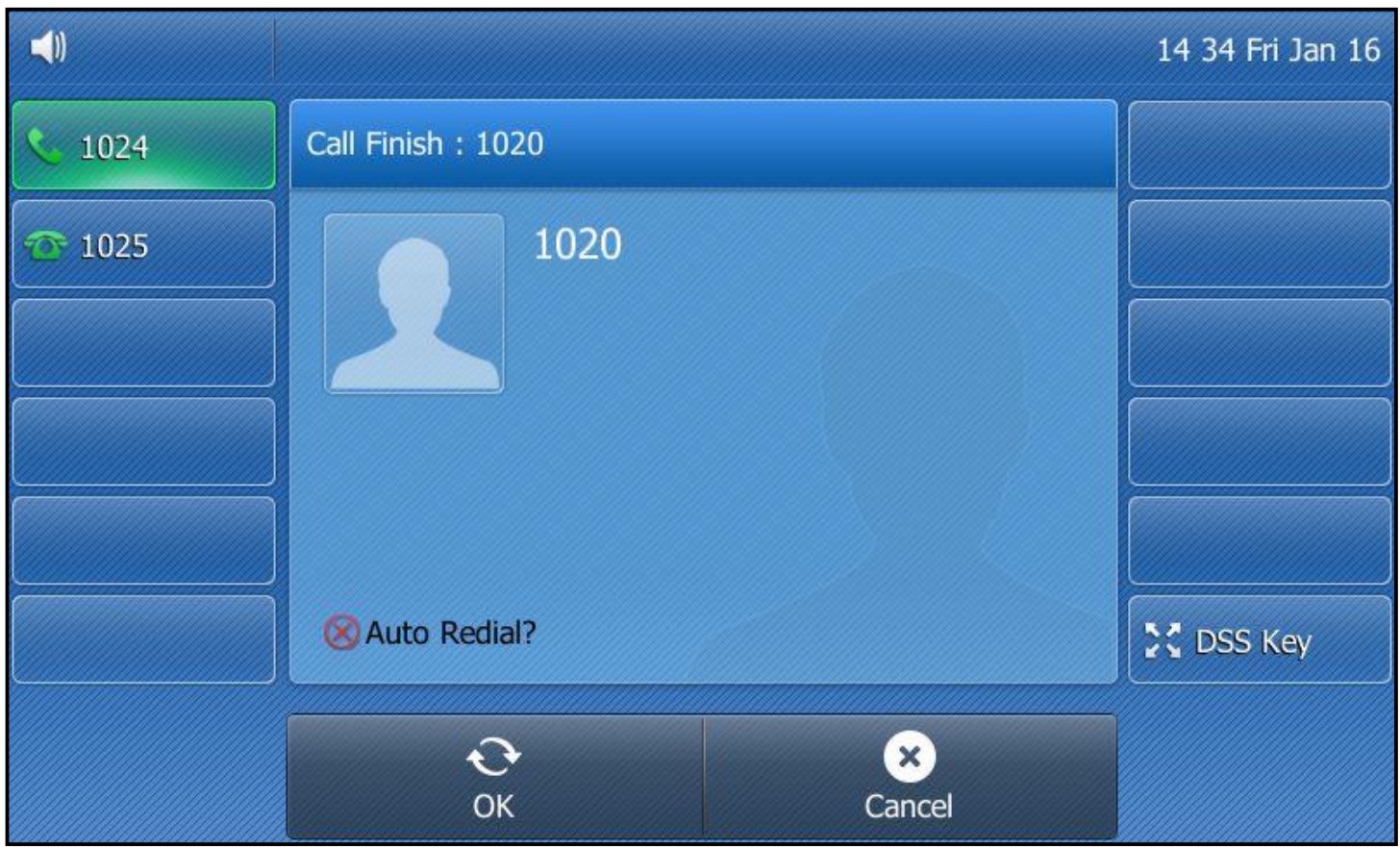