You can enable DND to reject all incoming calls automatically when you do not want to be interrupted. When DND is activated calls go directly to voicemail.

If you want to receive incoming calls from the specific numbers you can configure DND Authorized Numbers from the web user interface.

By default, the DND setting applies to all lines on your phone. This is referred to as Phone mode. You can change this to Custom mode which allows you to apply DND just on a specific line.

To configure the DND mode: 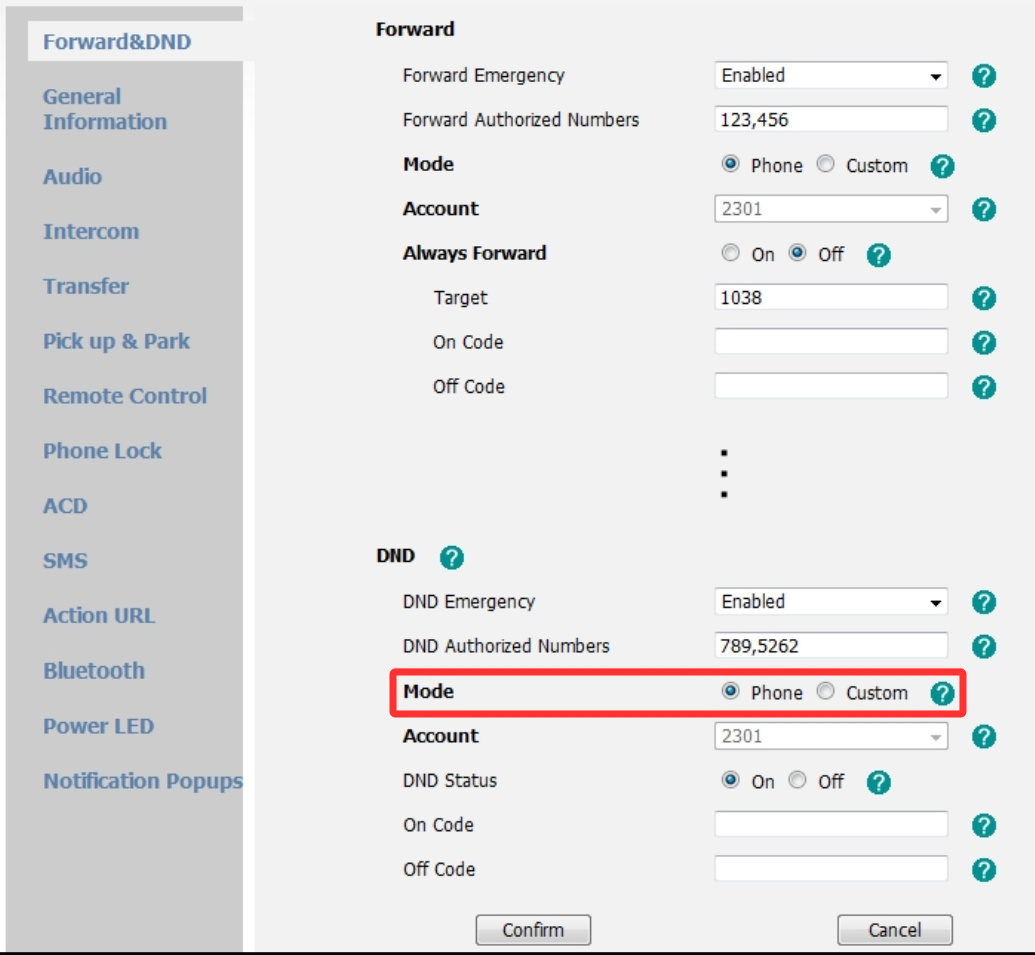 If there are multiple lines on the phone, you can enable DND for all lines. After activating it, the phone will reject all incoming calls automatically.

If both DND and busy forward are activated on the phone, calls will be forwarded to the configured destination number and not to your voicemail.

To activte call rejection with DND:

If applied to all lines, the DND icon (

) appears in the status bar and the phone prompts you that DND is enabled. 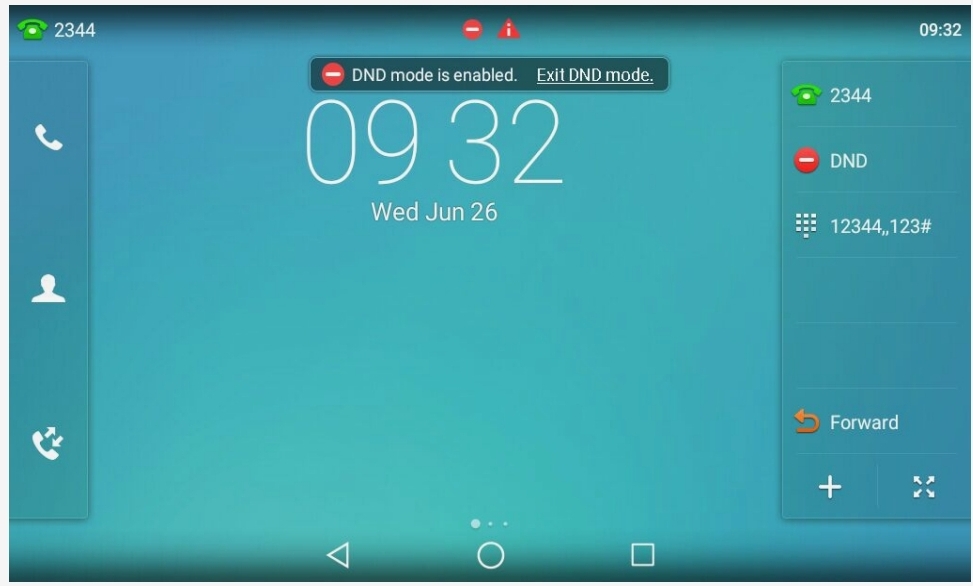 If Custom mode is enabled, the DND line icon (

) appears on the desired line.

If you activate DND on the default line, the DND icons will appear both on the line and in the status bar and the phone prompts you that DND is enabled.

You can deactivate DND when you are ready to resume receiving calls again.

To deactivate DND do one of the following:

The DND icon disappears from the status bar and the relevant line.

You can configure your phone to receive incoming calls  from specific authorized numbers even when call DND is activated. 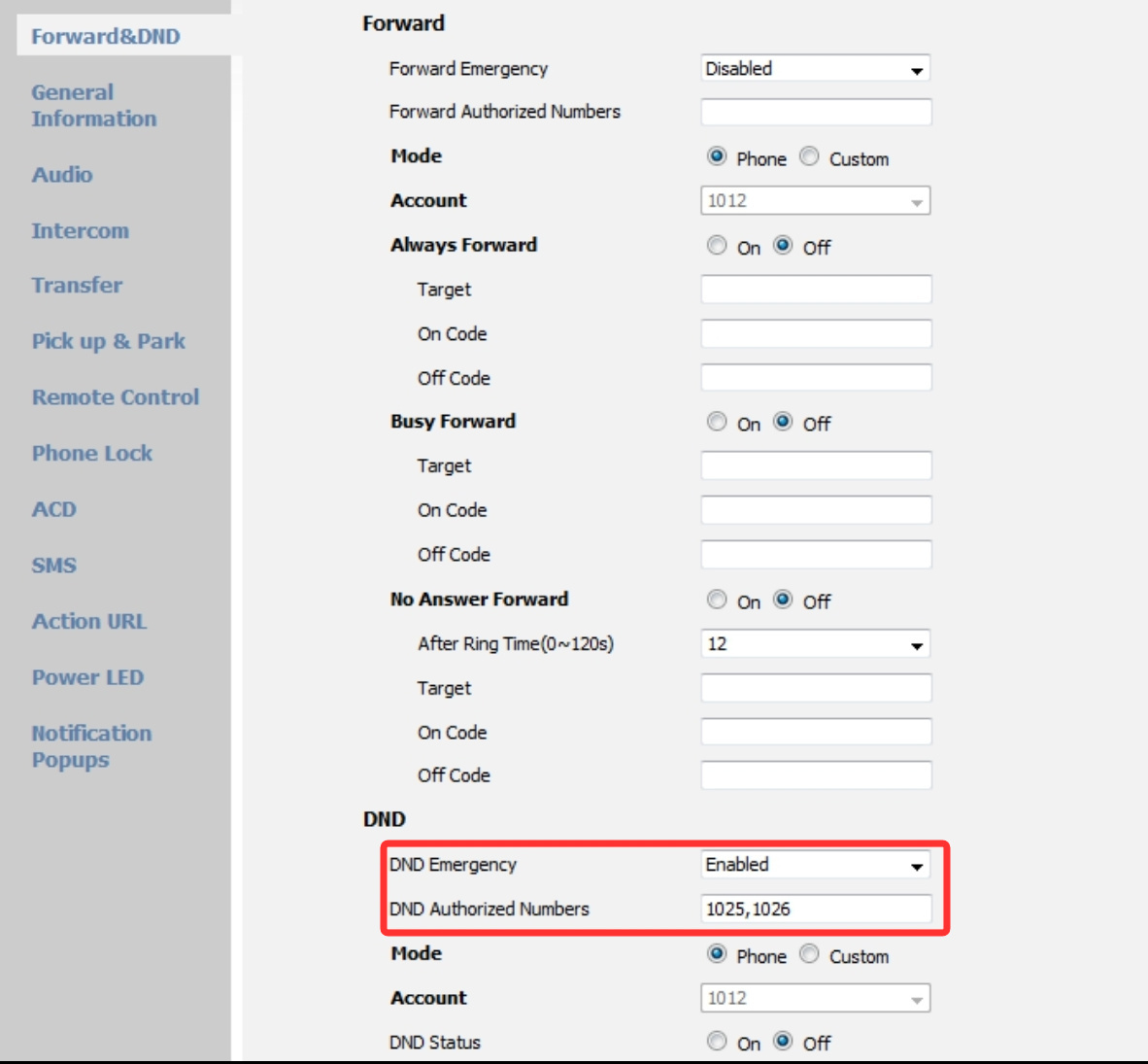 Silent mode, if enabled on your phone, is another option available to you when you do not want to be disturbed. In silent mode the phone will not ring when receiving an incoming call, but it will still display the incoming call information. While the mode is enabled the phone will also not produce key tone, touch sound, or notification sounds.